Ha Kung Wong addresses ongoing biosimilar cases that stakeholders are watching closely as part of a video series for the Center for Biosimilars. 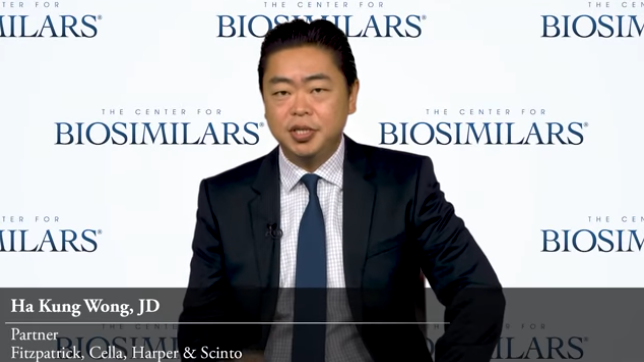 Are there some ongoing cases that biosimilar stakeholders are watching closely at the moment?

Pfizer v Johnson & Johnson, which is in the Eastern District of Pennsylvania, the first antitrust case between a biosimilar manufacturer and a reference biologic sponsor. That case involves the biologic Remicade (which is infliximab) and alleges that Johnson & Johnson engaged in a plan to keep Pfizer’s biosimilar Inflectra off the market. According to Pfizer, Johnson & Johnson had a plan involving exclusive contracts with insurance companies, which included reimbursement schemes, explicit promises not to cover Inflectra, and bundling arrangements which resulted in Pfizer’s biosimilar being kept off medical plans or only being available for patients who have already failed on Remicade.

Johnson & Johnson had filed a motion to dismiss the complaint, but it was recently denied on August 10. Stakeholders are going to continue to follow this case very carefully, though, to see how the courts will apply antitrust laws to the complex world of biosimilar competition.

We’ve seen that AbbVie has already settled with Mylan, Samsung Bioepis, and Amgen related to their US biosimilar versions of Humira, which will keep these biosimilars off the market until around 2023. AbbVie has also settled with Samsung Bioepis/Biogen and Amgen concerning their biosimilars of Humira in the [European Union, EU]. It will be interesting to see if these settlements continue, particularly with respect to Boehringer Ingelheim considering its biosimilar.