VIDEO: Changes to IPRs and PGRs for Biologics

Ha Kung Wong addresses recent changes to inter partes review (IPR) and post-grant review (PGR) proceedings with respect to biologic drugs as part of a video series for the Center for Biosimilars. 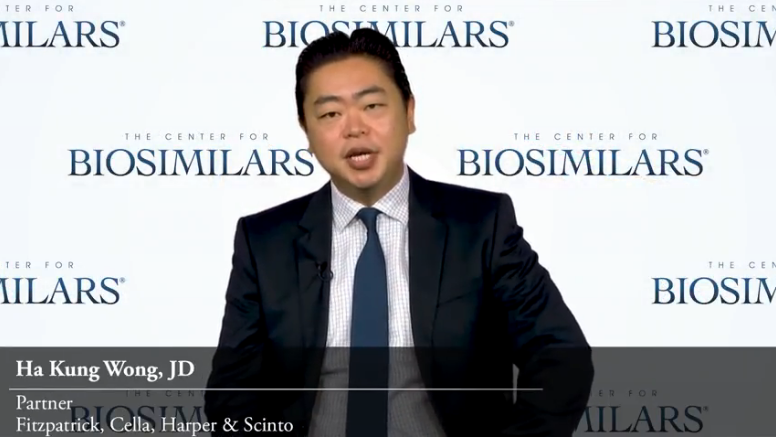 What have some of the recent changes to inter partes reviews (IPRs) and post-grant reviews (PGRs) meant for biologic patent holders and biosimilar challengers?

According to PTAB statistics—and PTAB is the Patent Trial and Appeal Board—bio and pharma and chemical patent IPRs have continued to file preliminary responses at similar rates as they were prior to the rule change allowing new testimonial evidence to be submitted, with about 85% of patent owners choosing to submit a preliminary response.

This is in comparison to about 35%-40% of preliminary responses including new testimonial evidence for other technology types. We at Fitzpatrick are planning on doing an analysis specifically for biologic drug patents to see if these statistics differ from the broader bio/pharma and chemical industry and hope to report on that analysis soon.

It’s unclear if these declining institution rates are in any way impacted by the allowance of testimonial evidence at the patent owner preliminary response stage, but it certainly could have contributed. The important thing to keep in mind, though, is that the impact of such testimonial evidence is highly, highly fact-specific, so it really is difficult to make general statements about it.

I think a more interesting question is the potential effect of the proposed Hatch-Waxman Integrity Act of 2018 on IPRs and PGRs in the pharma space. It’s pretty significant. If enacted, this would essentially require an [Abbreviated New Drug Application, ANDA] or biosimilar applicant to choose between using the ANDA/biosimilar approval pathway or challenging a patent in an IPR or PGR proceeding.

This would likely virtually eliminate the use of IPRs and PGRs in the biologic and small-molecule drug space. The benefits of quicker resolution of the dispute via IPR would likely be outweighed by losing the opportunity to challenge many patents under section 101 or 112—so that’s utility, enablement, indefiniteness—as these are not available in IPRs.

With regard to PGRs, these challenges are available, but they’re only available for 9 months after patents are granted, so it’s less likely to coincide with a Hatch-Waxman litigation. So far, we’ve seen very few PGRs in the biologics context, so the availability of section 101 or 112 challenges in PGRs do not yet appear to be much of an incentive to go down this pathway. But we’re seeing PGRs in the biologics space really pick up, though, in the last couple of months, and in fact I’ve been involved with 5 of them in just the last 4 months, so it’ll be interesting to see how this sorts out in the future.