Ha Kung Wong discusses how upcoming changes to the regulation of biologics are generating industry uncertainty as part of a video series for the Center for Biosimilars. 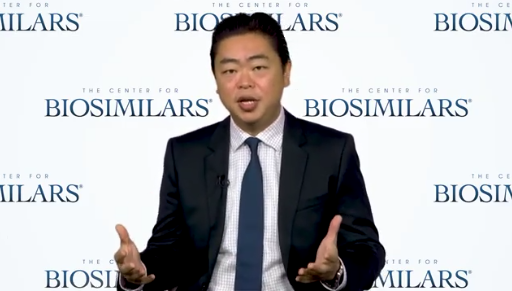 By 2020, some products that are currently regulated as drugs, like insulin, will be regulated as biologics. Does this fact pose any challenges—or opportunities—from the patent litigation standpoint?

There is an incredible amount of uncertainty that surrounds the change in regulation of these products, not only with respect to the FDA approval process, but also when it comes to litigation. While the FDA has put out a draft guidance titled “Implementation of the ‘Deemed to be a License’ Provision of the Biologics Price Competition and Innovation Act of 2009”—that’s a mouthful—there still remain a host of questions for innovators and generic and biosimilar manufacturers.

First of all, there isn’t a complete list of all the drugs that will be changed over, as the FDA has only provided an example list in its draft guidance, so it is unclear specifically which drugs will be affected. It’s possible we could see litigation over those determinations alone.

For drugs that are affected, there are numerous considerations that will be relevant to the innovators and the generic and biosimilar manufacturers.

First, for drugs already approved as of March 23, 2020 either through the 505(b)(2) application process or an [Abbreviated New Drug Application, ANDA], it is not clear how they will be re-assigned as biologics. Those approved under the 505(b)(2) process could become reference products, biosimilars, or interchangeable biologics. Those approved under an ANDA could become either biosimilars or interchangeable biologics. It’s very possible we could see litigation over how these determinations are made alone.

Next are the drugs that are awaiting final approval as of March 23, 2020. In its draft guidance, the FDA has noted that the change-over between application types will be for all drugs that have not been approved prior to March 23, 2020.

That means that even tentatively approved drugs could have their applications cancelled and would need to submit new applications under the biosimilar pathway, including the additional testing required to establish biosimilarity. This leads to a great deal of uncertainty for generic and biosimilar companies, as they won’t necessarily know whether or when their drugs will be approved and what regulations and what litigation options will be available.

For any of these drugs involved in ongoing litigations as of March 23, 2020, it is unclear how the litigation may change based on the application being cancelled. The changes could have dramatic impacts given the differences in litigation schemes between generic and biosimilar drugs.

For instance, a significant difference in litigation schemes is the 30-month litigation stay under the Hatch-Waxman Act for small-molecule drugs. This essentially assures that a specific generic small molecule cannot be approved until 30 months after the Notice Letter. The [Biologics Price Competition and Innovation Act, BPCIA] litigation scheme for biosimilar drugs does not provide for a similar stay. Innovators may need to seek a preliminary injunction to keep a generic-turned-biosimilar off the market after the application rollover.

Since drugs such as insulin were not previously regulated as biologics, they are currently listed in the Orange Book along with their relevant patents. This is different than other biologic drugs and has an impact on litigation because it takes away one of the biosimilar manufacturer’s incentives for using the BPCIA patent dance, that is obtaining a list of patents that potentially require licensing or litigation, since those patents are already listed and publicly available in the Orange Book. It may also lead to more and earlier [inter partes reviews, IPRs] since the list of relevant patents will already be known.

Biosimilar manufacturers will also face differences when it comes to the exclusivities they can obtain for being the first on the market. Under Hatch-Waxman, the first generic drug to enter the market receives 6-month exclusivity. In comparison, the BPCIA only provides exclusivities for products deemed to be interchangeables, not just biosimilars. Even those may not receive any exclusivity depending on the timing of the litigation.

With all the competing interests and uncertainty, it will be very interesting to see what happens in this space. One situation in particular to watch is with Lantus and its follow-on products. It currently has 1 approved follow-on product, 1 tentatively approved product, and at least 1 pending application that has been accepted by the FDA. It also has pending IPRs and pending litigations. Depending on how it this all stands in 2020, this could be a very interesting case study to follow. Information about the current status of these cases can be found on BiologicsHQ.com, and we’ll be continuing to monitor and update as it develops.