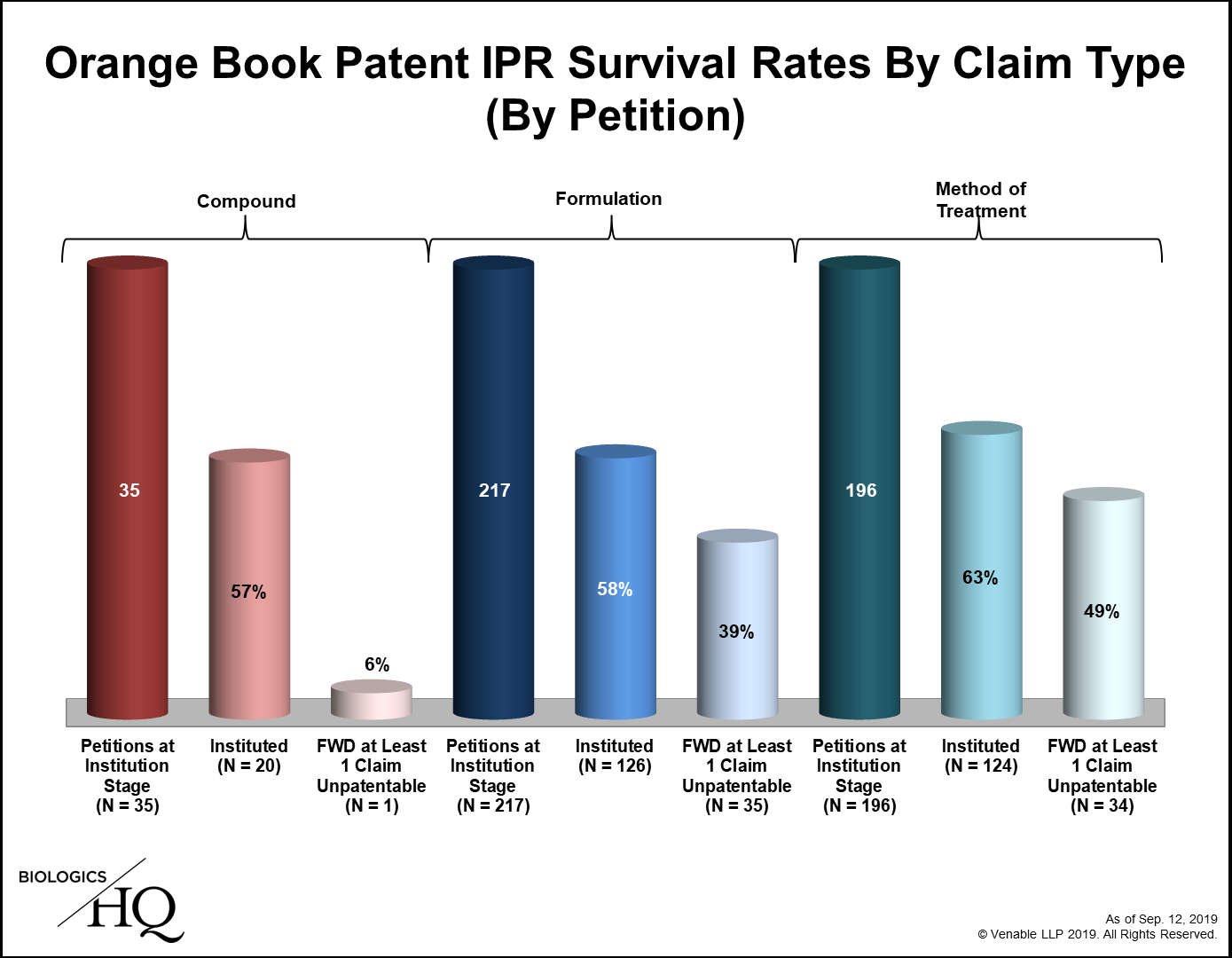 Seven Years of Orange Book Patent IPRs: Where Are We Now?

Heralded as a less expensive, faster way to challenge patents, inter partes review (IPR) before the US Patent Trial and Appeal Board (PTAB) has proven remarkably popular. IPR was first available on September 12 2012, and within days, the first petitions challenging patents listed in the US Food and Drug Administration Orange Book (small molecule drug patents) were filed. Seven years on and close to 500 such petitions have been filed. The data is insightful: the number of petitions filed per fiscal year peaked in 2015 and has since fallen; the institution rate has dropped from 87% in fiscal year 2013 to 62% in fiscal year 2019; survival rates vary by claim type – with compound claims, unsurprisingly, proving the strongest; novelty challenges have been few and generally unsuccessful; and 63% of final written decisions have been appealed to the US Court of Appeals for the Federal Circuit, which has affirmed almost all of them.