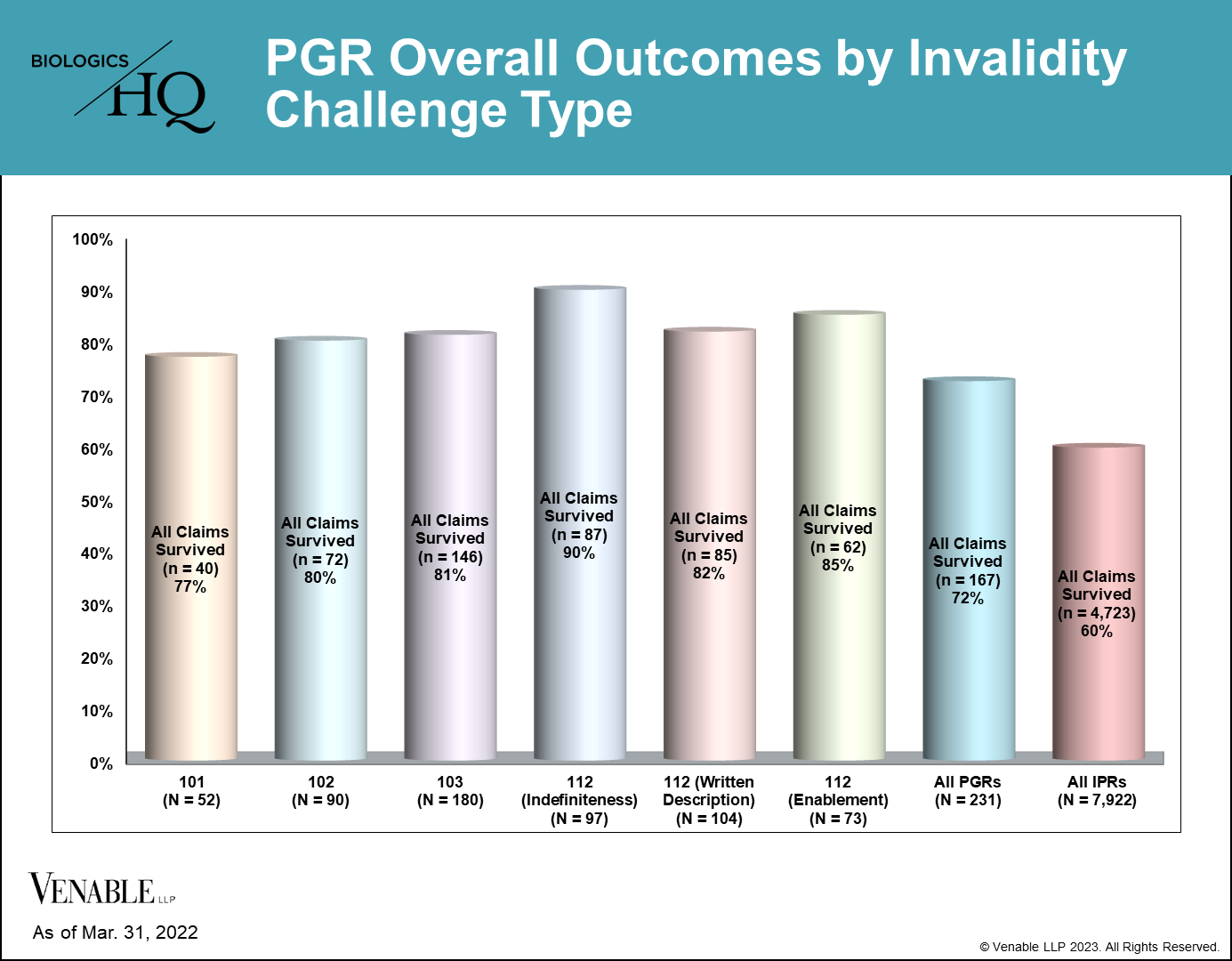 This figure shows PGR overall outcomes by invalidity challenge type.  Where there were multiple challenge types in a petition each was reviewed separately.  Infrequently raised challenges such as improper narrowing of dependent claims, ornamentality and double-patenting were not included in our analysis due to the limited data available for those challenges.  As previously noted, because claims are often challenged under multiple grounds, they are sometimes found not unpatentable under one ground but are invalidated under another ground.

In contrast to our analysis in the “PGR FWD Outcomes by Invalidity Challenge Type” figure, which considers only FWDs, this figure considers outcomes in both Decisions Not to Institute (DNIs) and FWDs.  Considering both DNIs and FWDs, 72% of PGR challenges resulted in no claims being found unpatentable (n=167 of 231) compared to 60% for IPR challenges (n=4,723 of 7,922).[1]  The >70% claim survival rate is consistent across PGR invalidity challenge types. Accordingly, patent owners have a higher success rate for survival of all claims in a PGR compared to an IPR.  As shown in the “PGR and IPR Final Written Decision Outcomes” figure, while the FWD outcomes for PGRs invalidated claims at a higher rate than for IPRs, the IPR institution rate is considerably higher than for PGRs (64% IPRs, n=7,163 of 11,108; 48% PGRs, n=139 of 290, shown in the “PGR and IPR Institution Rates” figure), resulting in IPRs overall being less favorable to patent owners compared to PGRs.

[1] IPR overall outcomes are based on PTO data available at: https://www.uspto.gov/patents/ptab/statistics/aia-trial-statistics-archive.