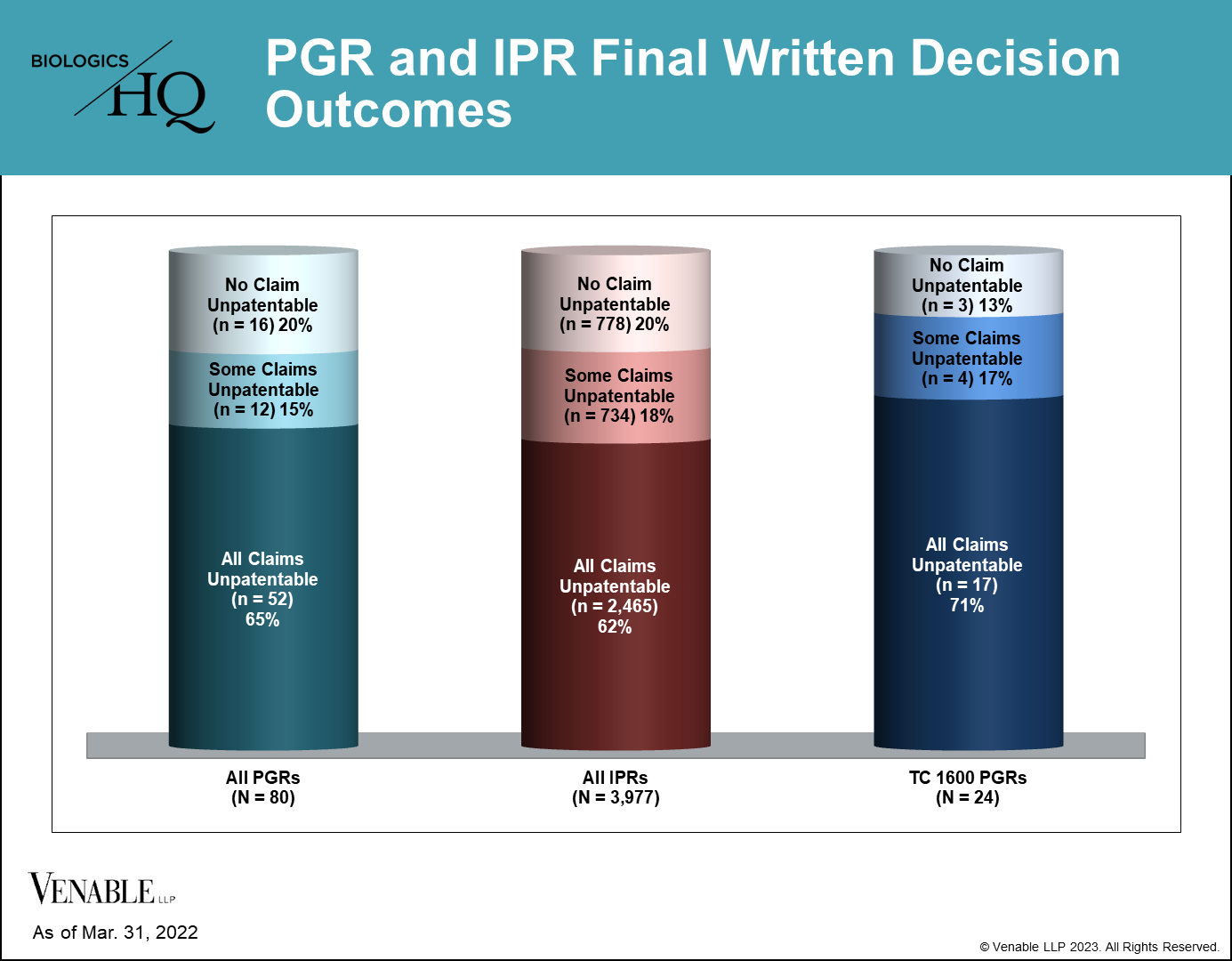 As of March 31, 2022, there have been too few PGR FWDs for Orange Book-listed and biologic drug patents to determine any trends regarding FWD outcomes for these patents.

[1]  IPR final written decision outcomes are based on PTO data available at: https://www.uspto.gov/patents/ptab/statistics/aia-trial-statistics-archive.