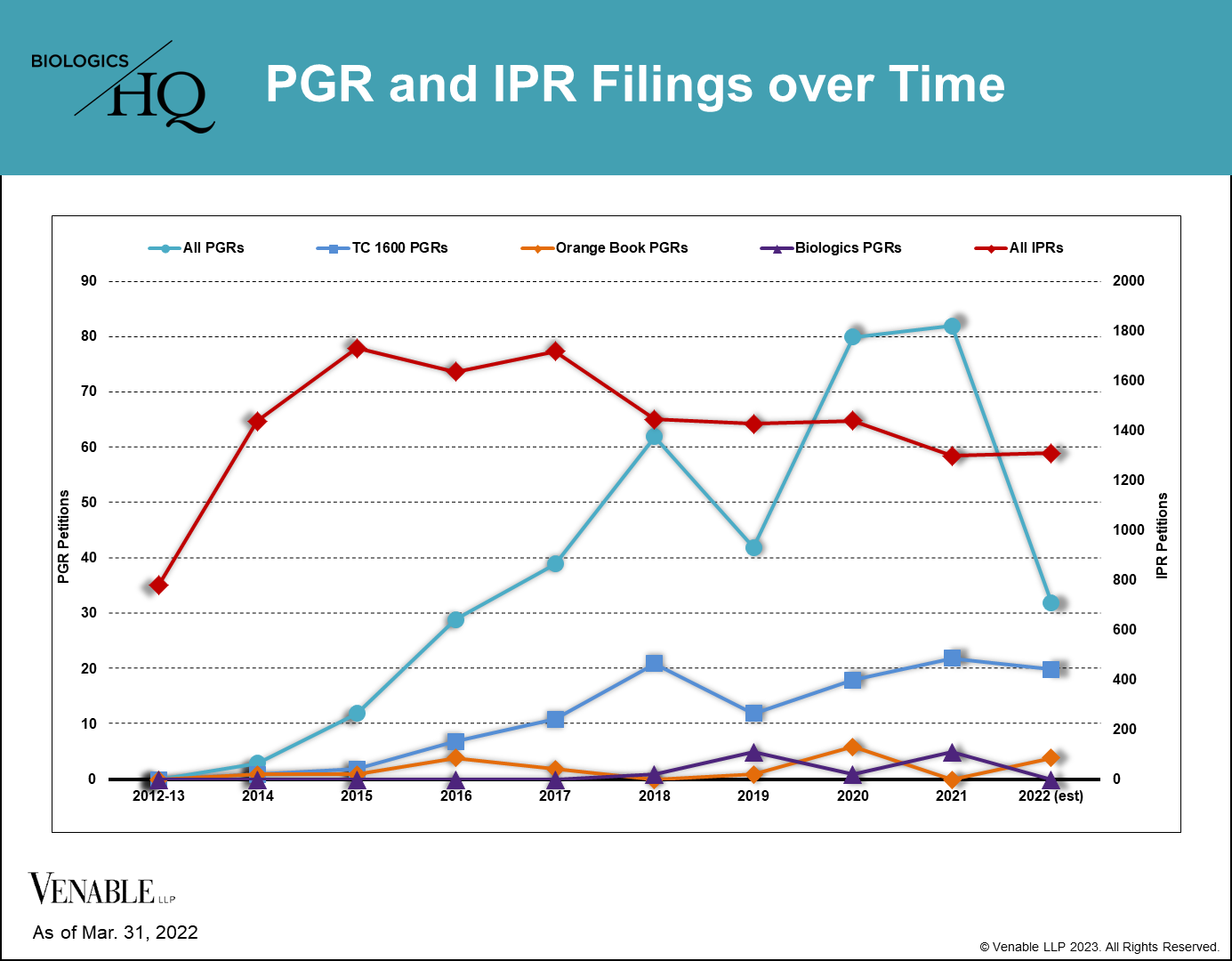 This figure shows the number of PGR and IPR petitions filed since their inception in 2012 through March 31, 2022.  For our analysis, we reviewed PGR filings for all patent technologies (teal line) as well as the subsets of PGRs filed on Orange Book-listed patents (orange line), CDER-listed biologic drug patents (“Biologics”) (purple line), and TC 1600 patents (blue line).  PGR filings have risen steadily over time and were the highest ever in 2021, but are projected to drop in 2022* based on the first quarter of filings.  In comparison, IPR filings (red line) were highest between 2015 and 2017, followed by a decrease in 2018 that continued through 2021.  Based on data from the first quarter of 2022, IPRs filings are projected to remain steady in 2022.

In addition to the time constraints for filing PGRs previously discussed, another reason PGRs have been filed at a much lower rate than IPRs is likely because the broader scope of invalidity challenges available in a PGR creates a far greater risk of a broader scope of estoppel, which is a formidable issue for petitioners considering whether to file a PGR.