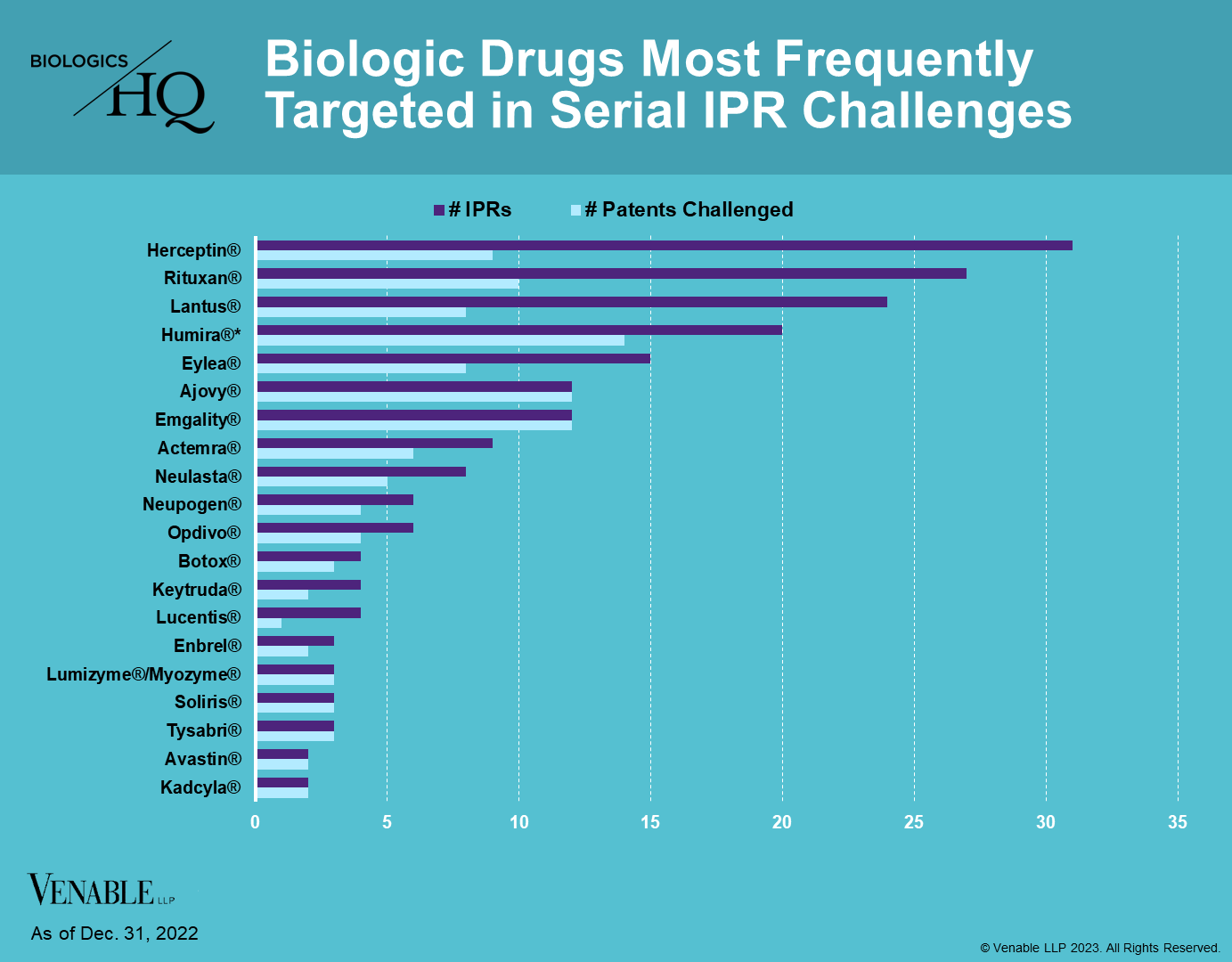 Our review of biologic drug IPRs shows that serial IPR petition challenges are already a popular form of challenge.  As shown in the graphic above, several of the most successful biologics have had both multiple patents challenged in IPR proceedings, as well as multiple petitions filed against single patents.  Thus, the Precedential designation of General Plastic Industrial Co. v. Canon Kabushiki Kaisha could have a significant impact in how serial petitions are filed for biologic drugs going forward.  Because multiple petitions have been filed on a single patent, sometimes by the same party, this also shows that the Supreme Court’s decision in SAS Institute Inc. v. Iancu might not have much of an impact on how Petitioners file IPR petitions, as it has already been the strategy to file multiple IPR petitions against a single patent with different grounds (or challenged claims) in each petition.