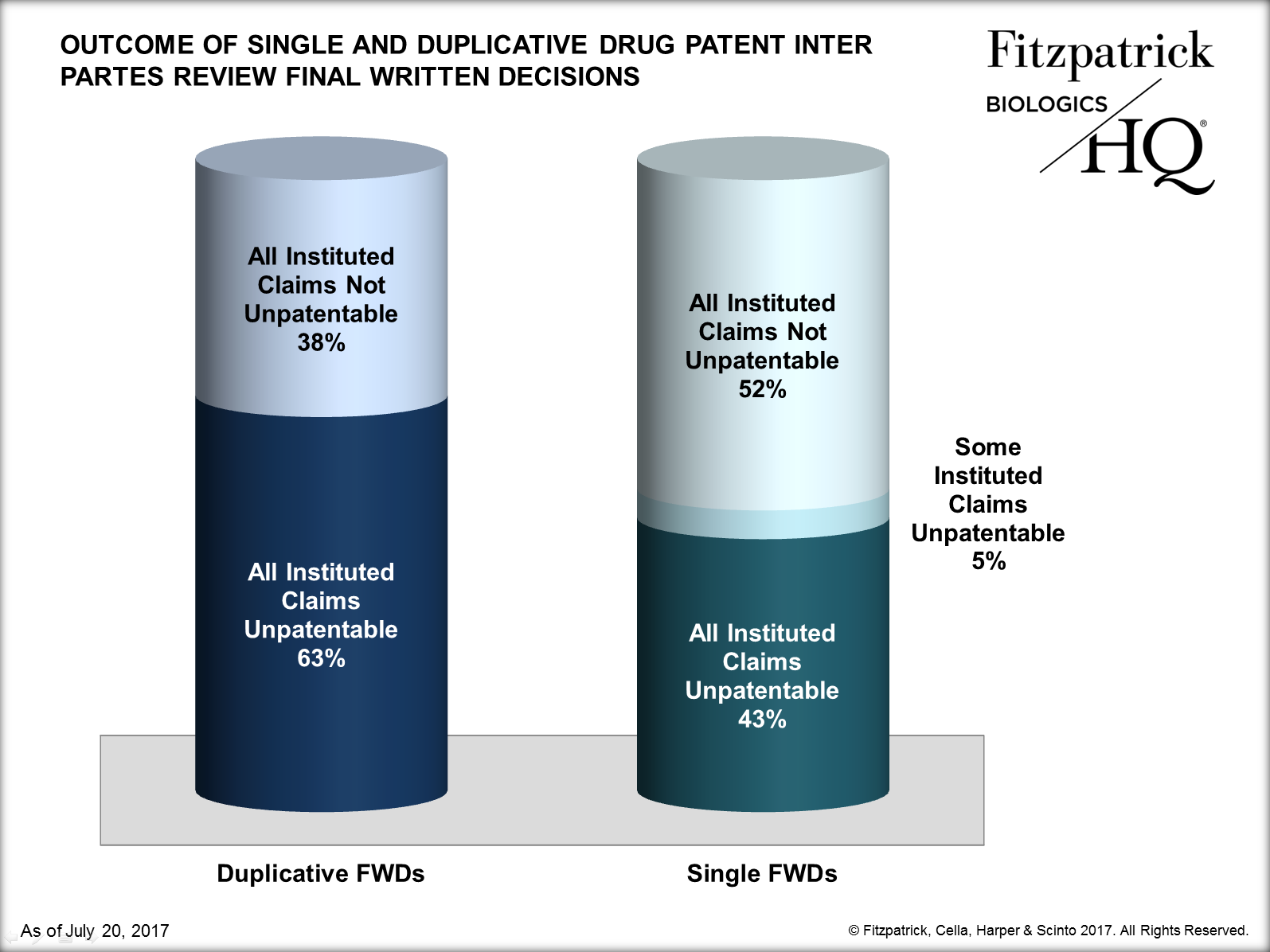 As of July 20, 2017, from the more than 420 inter partes review (“IPR”) petitions filed to date against drug patents (patents listed in the FDA’s Orange Book and patents identified as reading on biologic drugs listed in the FDA’s Purple Book), there have been at least 72 duplicative final written decisions (“FWDs”) (FWDs that concern drug patents that were also the subject of at least one other FWD).

In other words, challenged claims of drug patents are much more likely to be found unpatentable when there have been multiple versus single FWDs on the same patent – 63% versus 43% – although this may be a product of the strength of the patents themselves as opposed to a “second bite of the apple” being more successful.