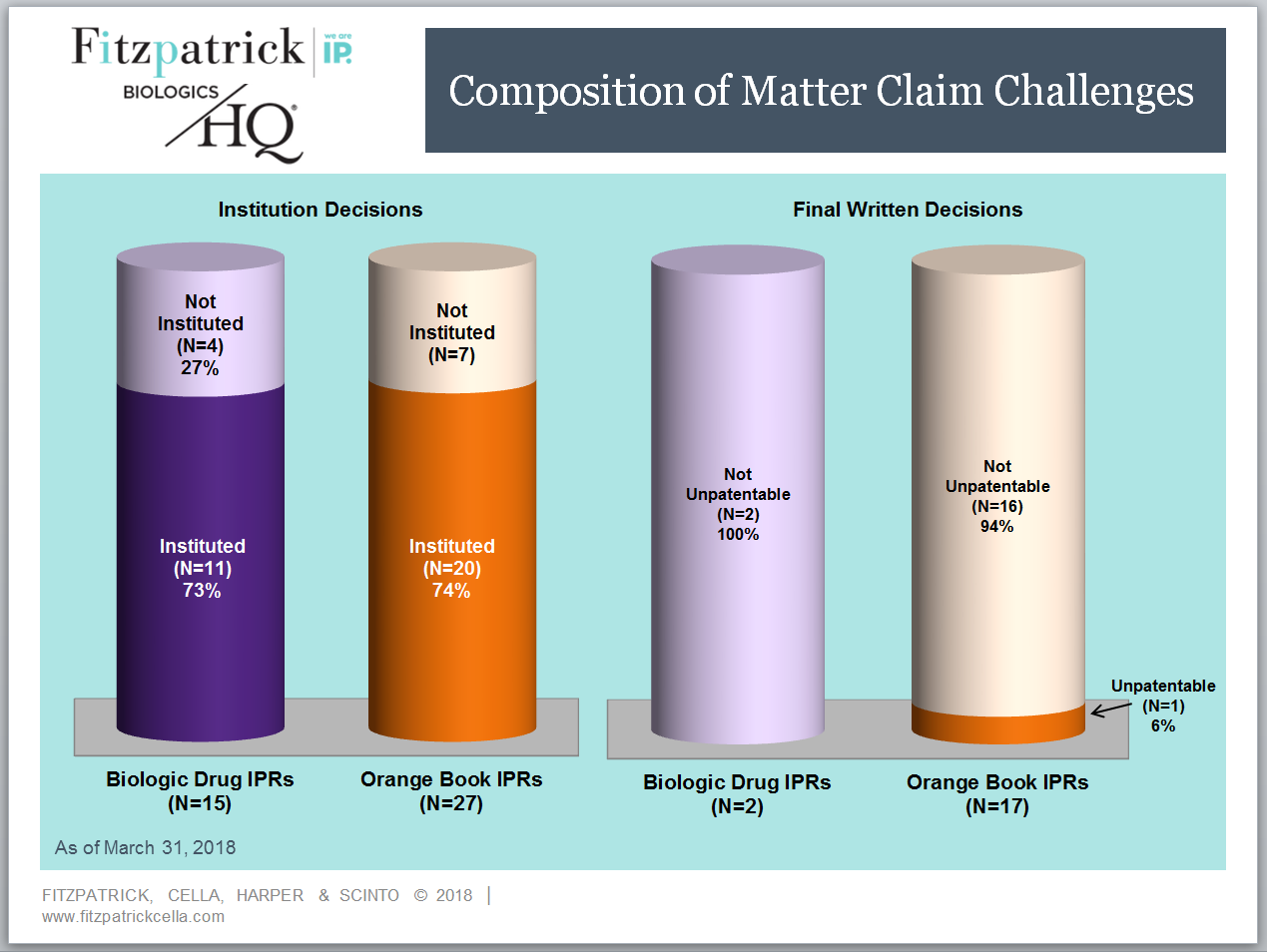 At the May 2018 Managing IP PTAB Forum in New York, Corinne Atton presented statistics relating to the fate of compound/composition of matter claim challenges in IPRs filed against patents that have been identified as reading on CDER-listed biologic drugs, versus IPRs filed against Orange Book listed patents.