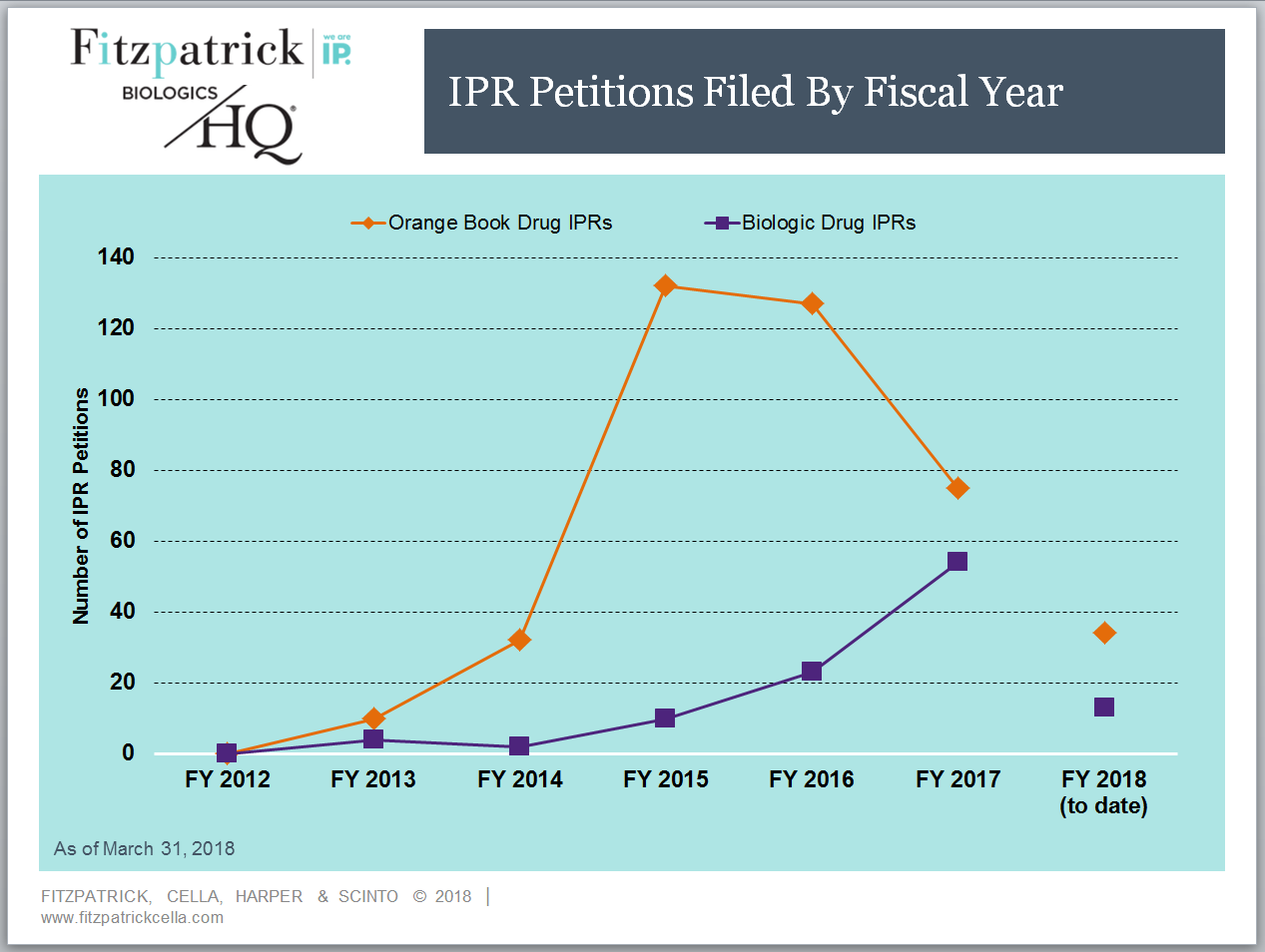 At the May 2018 Managing IP PTAB Forum in New York, Corinne Atton presented statistics relating to the number of IPR Petitions Filed By Fiscal Year, focusing on IPRs filed against patents that have been identified as reading on CDER-listed biologic drugs and IPRs filed challenging Orange Book listed patents.